The Student Association for STEM Advocacy was founded in 2020 by Steve Hyer and Frank Ferrari as a way to further expand STEM Advocacy efforts nationwide. After 8 years of leading the FIRST Robotics National Advocacy Conference, Steve and Frank saw the need to coordinate and grow student advocacy efforts in Washington D.C. and in State and Local government. Due to the COVID-19 global pandemic, SASA has hosted the past two versions of the National Advocacy Conference training over 1,000 advocates in just the past two years alone while laying the groundwork for future virtual advocacy opportunities. After NAC 2020 we needed more help in organizing and expanding our growth as an organization leading to Jonah Sementkowski joining our ranks to help in our advocacy efforts. 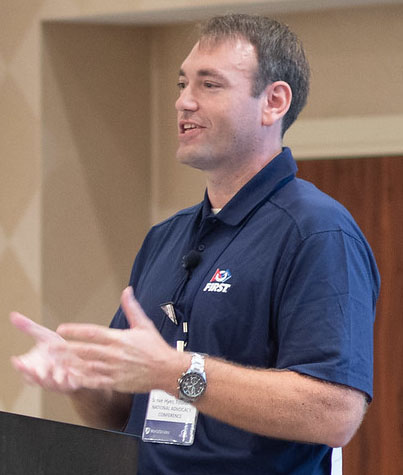 Steve Hyer has a great passion for helping others and making the community and the world a better place to live and raise a family. Steve is originally from New Jersey and came to Michigan in 1992. He graduated from Clarkston High School and then went on to graduate from the University of Michigan in Ann Arbor.

Steve founded IGD Solutions in 1999 as an educational content company and that quickly transitioned in 2000 to a company that did website work for other companies just as the Internet and World Wide Web were becoming popular in the mainstream. Steve chose Clarkston, Michigan as the place to locate IGD Solutions because of the close knit, but yet still welcoming community.

Steve was elected to the Clarkston Community Schools Board of Education in 2001 and has served in every capacity including as President for 8 years. Steve has also served as the chairman for the Oakland County School Boards Association Legislative Committee and he has served on the Oakland County School Boards Association Board of Directors for a three year term. Steve received the prestigious Michigan Association of School Administrators Champion for Children Award in 2008. In 2009, an Honorary Life Membership in the Michigan Parent Teacher Association was bestowed upon Steve for his service on the Michigan PTA Board of Directors as their webmaster, Vice President of Children’s Advocacy, and ultimately Treasurer. In 2010, Steve received the Champion for Prevention Award from the Oakland County Alliance of Coalitions for Health Communities. Steve was also featured in the cover story of the American School Boards Journal for his advocacy work in 2011. In 2015, Steve received the President’s Award from the Michigan Association of School Boards for his ongoing learning, certification, and professional development as a school board member. Also in 2015, Steve was elected to the Michigan Association of School Boards Board of Directors where he serves all Michigan Public Schools as the association’s Vice President.

FIRST Robotics is another passion of Steve’s as he has been a volunteer mentor since 2007. Steve engineered the entrepreneurial component of the Team RUSH Regatta that has consistently raised more than $30K annually to help fund Team RUSH’s operations. Steve also worked with the students to develop and execute the Chairman’s Presentation ultimately winning the World Chairman’s Award and landing Team RUSH and Clarkston Community Schools in the FIRST Robotics Hall of Fame. Steve developed and runs the FIRST National Advocacy Conference annually in June to train hundreds of robotics students from around the country in Washington, DC to send them to Capitol Hill to advocate on behalf of STEM Education and FIRST Robotics. Because of these efforts, state advocacy efforts have sprung up to provide state funds to underprivileged schools so they can experience what FIRST Robotics and STEM education has to offer.

Under Steve’s leadership, the Student Association for STEM Advocacy was formed to increase the effectiveness of STEM Advocacy nationwide.  Steve provides the visionary leadership and big picture direction for SASA. Steve’s management philosophy is to bring on good people and let them do their jobs. Steve is excited to see SASA grow year after year!  Steve is very passionate about Advocacy and has led over 40 advocacy trips to Washington, DC for school board members, parents, administrators, and students over the last 15 years.  Steve has spoken at more than 15 advocacy events nationwide training students on effective advocacy techniques. 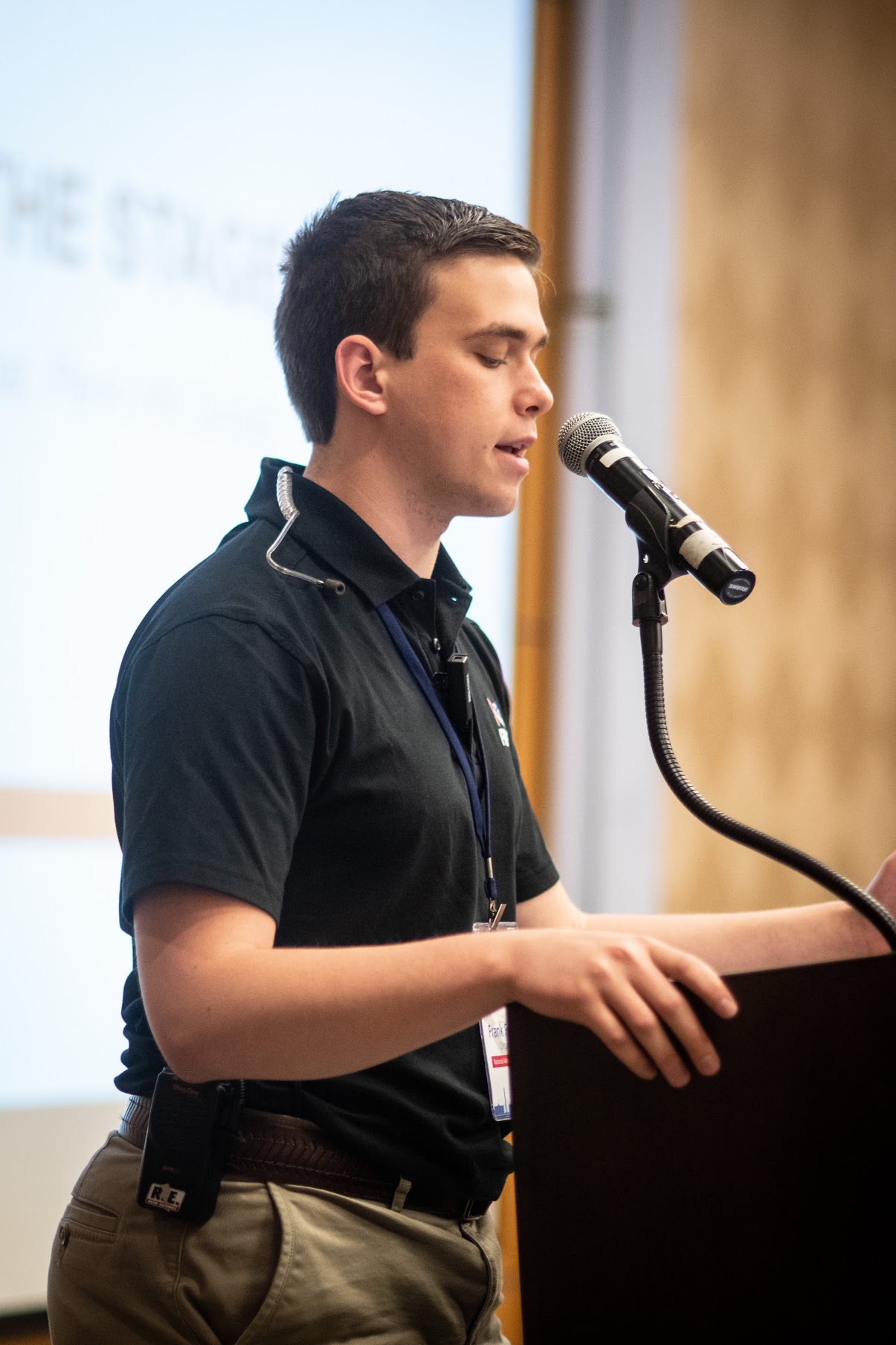 Frank Ferrari graduated from Armada High School and then went on to graduate from the University of Michigan in Ann Arbor with a Bachelor of Science in Molecular, Cellular, and Developmental Biology with a Minor in Business.

During his time at Armada High School, Frank had a strong presence in the community serving as the Vice President of the National Honor Society, a tennis instructor for the Armada Community Enrichment Program, and a robotics mentor in both the elementary and middle schools.

In his extracurricular activities, he was a member of the Armada Chapter of Business Professionals of America for two years, a member of the Armada Varsity Tennis team for four years, and served as captain of the team in his final two. Frank also functioned as an important member of Armada High School robotics team, FRC Team 1718, The Fighting Pi. During his time on the team, he functioned for three years as one of the team’s presenters who are responsible for team public speaking obligations and any awards presentations at team competitions. Prior to his junior season, he was elected a team captain by his peers and would later go on to be picked by his mentors to serve as a team President in his final season. While on the team, his responsibilities included organizing the sponsorship, community outreach, and media sections of the team. During his final season, Frank would go on to found the Michigan Advocacy Conference, a conference designed to educate students on important STEM-related initiatives taking place in the Michigan Legislature and teach them how to voice their thoughts to their elected officials. Frank also attended the National Advocacy Conference during his final two years on the team. Frank was inducted into The Fighting Pi alumni Hall of Fame in 2022.

While attending the University of Michigan, Frank participated in Student Government in the College of Literature, Science, and the Arts. He served as an elected representative during the 2018-2019 school year, the Vice-Chair and Chair of the subcommittee on technology, advising, and academic resources during the Winter 2019 and Fall 2019 semesters respectively.

Frank was also an active member of the Michigan Synthetic Biology Team for 2019-2020 serving as one of the science directors.

Frank was a lab technician in the Joglekar Lab in the Cell and Developmental Biology Department at the University of Michigan Medical School from 2018 until graduating in 2021.

Frank now works at the University of Michigan Health System as a Clinical Research Coordinator in the Department of Neurology. His research studies focus primarily on movement disorders such as Parkinson's Disease, Spinocerebellar Ataxia, and Huntington's Disease.

For the past five years, Frank has been a pivotal member serving as one of the lead organizers for the National Advocacy Conference.

In 2020 Frank helped found the Student Association for STEM Advocacy and has served as President of the SASA Board for the past 3 years. 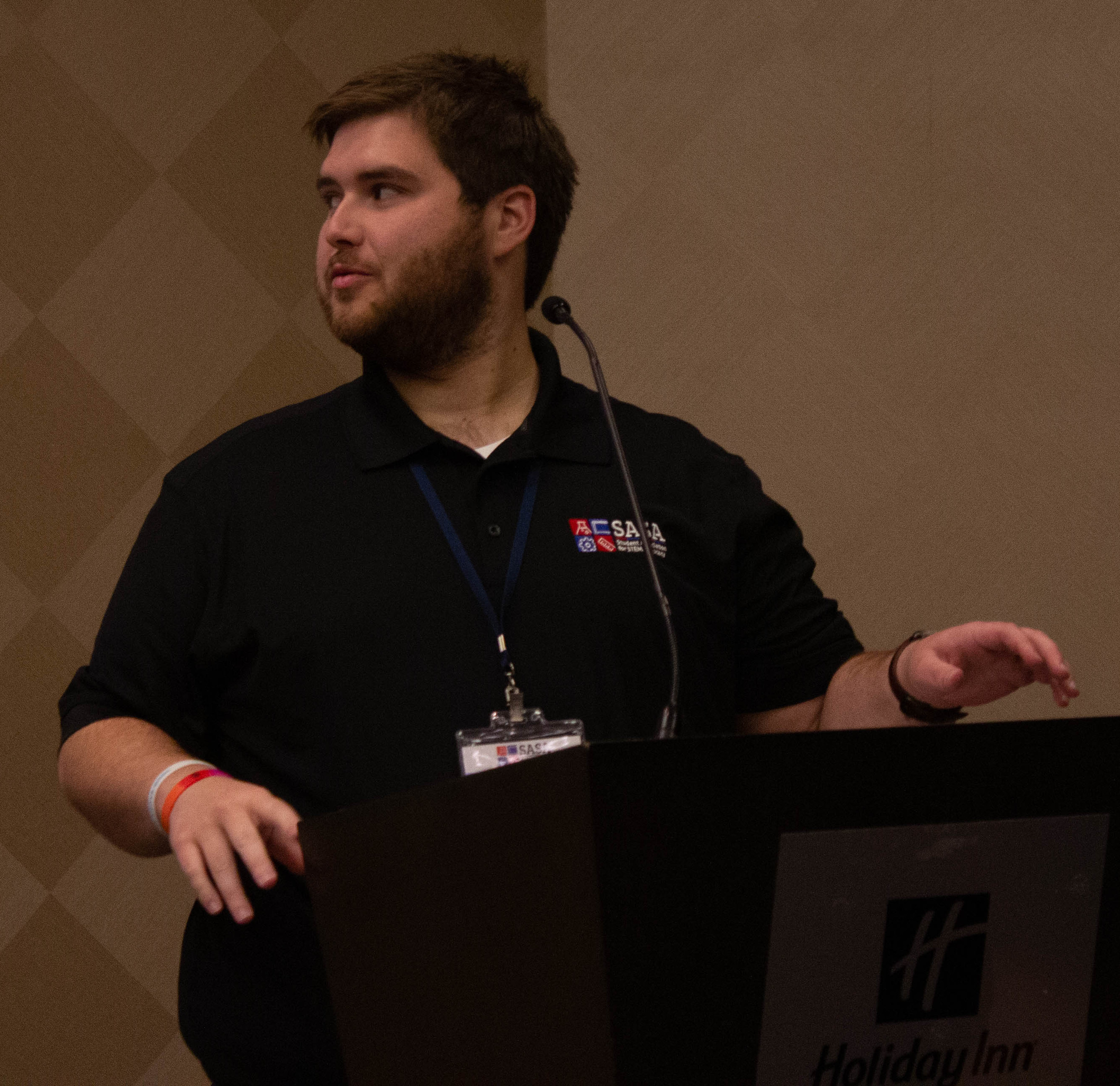 During his time at Clarkston High School, Jonah attended the Clarkston Science, Mathematics, and Technology Academy, which combined rigorous education with technology integration in the classroom. He joined the high school robotics team, Team RUSH, his sophomore year of high school. During his time on the team, he served as one of the presenters, responsible for speaking publicly about the team and presenting at robotics competitions. He gained experience through his various technical roles, ranging from above chassis to advanced electronics, but ultimately found his place on the Community Impact Group, responsible for organizing and conducting the team’s community outreach and compiling its efforts for awards submissions. Jonah acted as a liaison to other robotics teams in the community during his senior year on Team RUSH. He accompanied Steve Hyer and 6 other teammates to Washington, DC in 2009 to advocate for STEM education and FIRST Robotics.

As an undergraduate student at the University of Michigan, Jonah was an active member of the Michigan Synthetic Biology Team. He was elected to be the team’s Chief Financial Officer for the 2014 season. Some of the research conducted by Jonah and his teammates was referenced by a team of synthetic biology researchers at MIT, who finished the work his team had set out to do. During Jonah’s time at UofM’s School of Public Health, he worked in the Koropatkin Lab in the Microbiology and Immunology Department of the University of Michigan Medical School as a laboratory and research assistant. Jonah was also a Graduate Student Instructor for two undergraduate courses, a role in which he was able to foster his passion for teaching and imparting knowledge on future generations.

Jonah currently works at Beaumont Health, a large healthcare organization in southeast Michigan, as a Clinical Infection Preventionist, where his duties include conducting surveillance to identify healthcare associated infections, leading epidemiological investigations of outbreaks, developing education programs for staff members, patients, and their families, consulting in treatment and follow-up of persons exposed to communicable diseases, and ensuring compliance with infection prevention and control aspects of requirements from outside regulatory agencies.

Jonah was able to reignite his love for robotics and growing future leaders by becoming a volunteer for FIRST after he graduated in 2017. He has served as a judge at the district, state, and international levels for 4 years. Jonah is now a part of the Student Association for STEM Advocacy and has helped organize the National Advocacy Conference.